In 2006 we set out with the objective of building three classrooms and toilet facilities for the children of Oloolua Kenya, In 2006 we were both humbled and excited by news of the efforts of the Boys’ and Girls’ Brigade Companies at Oloolua Parish Church in their bid to establish a school. Today some 160 children able bodied and disabled enjoy a future of possibilities that only education can bring.

In our last update we had just completed a major step forward with the drilling and capping of a water borehole on the site. The next step would be the completion of the pump house and installation of the underground pumping equipment along with the associated pipework to distribute the water to the Centre.

In February 2015 a group of 36 Staff and Young people from Bonnyrigg, Loanhead and Livingston made the journey to Oloolua. The 11th of February was departure day and heralded the beginning of a huge effort by all to enhance the Centre and see completion of the borehole pump works.

One of the fantastic undertakings of the trip was the creation of a sports field with marked out football pitch with enough space for running and athletics. A task that required the use of some heavy equipment as we levelled just over a one acre site. We brought in approx. 750 tons of ‘red soil’ levelled and compacted the surface. Fenced the whole area to keep grazing animals out, marked out the pitch and fabricated goals. A mammoth job in its own right, only made possible with the pitched efforts of our own young men alongside the youth of Oloolua Brigades and Church.

Another task which was put to rest was the re plumbing and re working of the Schools toilet blocks. A thorn in the side since construction was completed in 2008. The block had steady problems due to poor water supply and poor plumbing materials. The strip out and reworking took almost ten days of solid graft. The result, a transformation in every sense, and more importantly, a lasting transformation. Hats off to T & Ds the Project plumbers and builders. Well hats off to Paul at least!

Work at and around the Centre for Children with Disabilities was ongoing throughout our stay. Mr and Mrs Glenn taking charge of the creation of a new and much larger Shamba to provide food to the School and Centre. As well as the ground preparation and fencing, they were able to organise the planting of a multitude of crops from curly kale to mango and banana trees. A banana tree requires an exceptional hole to be prepared for its planting. We did expect to strike oil at any moment. 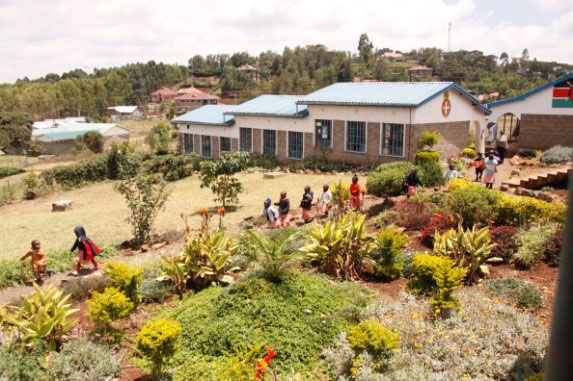 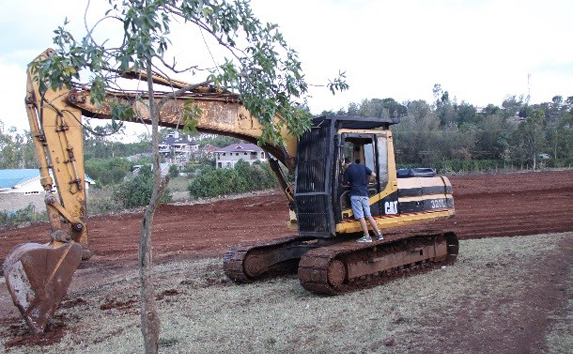 Staff worked daily alongside the Staff at the Centre, passing on as much knowledge on working with children with Disabilities as possible. Another huge effort, this time from George with many years of experience in the UK, to pass on as much of his knowledge as possible. The Physio room also received a much needed makeover and several new pieces of equipment such as parallel bars and steps, along with much needed repairs to the exercise bike. A joint effort from Bonnyrigg and Livingston with Robert and Michael grafting away on the equipment.

The Pumphouse and distribution of water was also finally completed, celebrated with the unveiling of a plaque and Church service. A major step forward for the Centre as highlighted previously by a brief conversation worthy of repeating.
“A Lady we have met many times and have had many conversations with (most of which relied on a mixture of broken English, dodgy Swahili and a lot of pointing nodding and shaking of heads) pulled us aside.

I knew from the bottom of my boots that she had a serious message to impart and it certainly caught me unawares. The message was quite simple, at the same time like a smack in the head from a blunt object. “I have no words that can thank you people in Scotland for what you have done or God for sending you. You know that water here is life”.

The Official opening of the pump house took place on the 24th of February 2015. 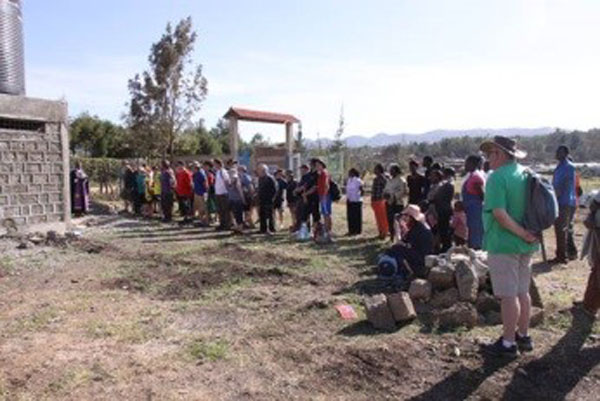 The group gathered at the pump house along with the Church and Minister for a brief dedication. One of our youngest travellers unveiling the plaque commemorating the achievement. 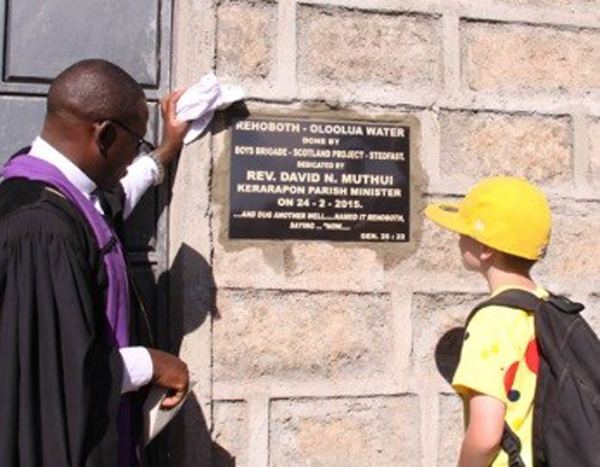 The installation of solar panels and battery back up system commenced just as the 2015 trip came to an end, funded and completed in 2016. The Centre for Children with Disabilities now has a constant free supply of electricity with the capacity to run all of the lighting, fridge, washing machine and small appliances. As well as lighting the classrooms.

A glimpse of the roof mounted panels, they look far less exciting than the results they produce. In an area with erratic power supply, these both make the Centre independent but guarantee a running fridge for medicines as well as food. Essential for the Centre.

Hopefully that about brings us up to date as we now look forward to February 2021 and what should be the final piece of the jigsaw, three more classrooms, which will create the space necessary, for the School to support the Centre for Children with Disabilities. Currently the Therapist and house mothers (pictured with Paul) are funded through a donation from Livingston South Community Church. The sources of funds for disabled children are seriously lacking and their plight remains the focus of the Project now.

In 2021 a group of our young people will once again have the life enhancing opportunity not to just read or hear about what can be done, they will at first hand work to enhance the lives of others. Over the coming months fundraising will be the priority and we sincerely hope that the work carried out since 2006 will fuel your support for the work to come. 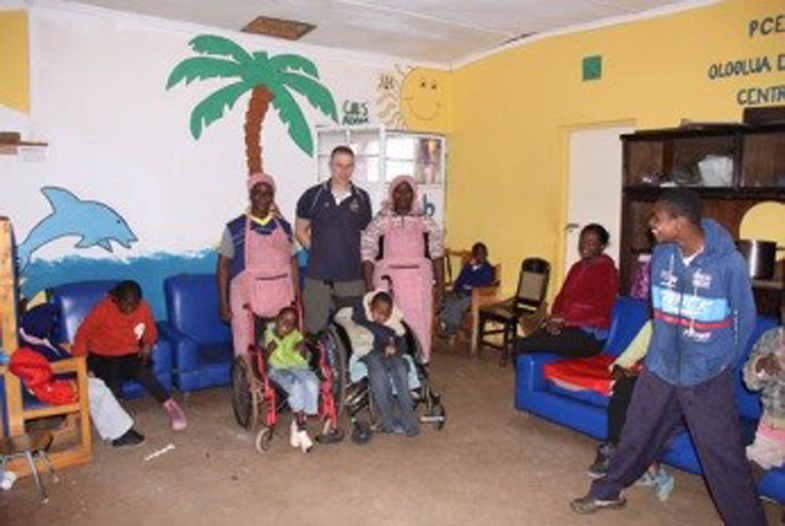 “Life for a disabled person is very hard, difficult and expensive, especially in Africa. Here disability is associated with a curse or bad omen that befalls a community or family. Some even think that to have a disabled Child is shameful and a punishment for a wrong done to an ancestor. For this reason most Communities would not wish to make the plight of their disabled Children public. They therefore confine them secretly indoors never to see the light of day. Thus subjecting them to live lives in extreme poverty, frustration, discrimination, stigmatization and denial.”

This was written by Mr Richard Lenana, Church Elder, local Councillor, and representative of the Disabled of the Eastern Region of Kenya and has been witnessed by all who have taken part.

Some pictures from St Andrew's School